Our second episode is already out and we are over the moon with excitement!

Did you enjoy the episode, Tiger Cubs? We did! 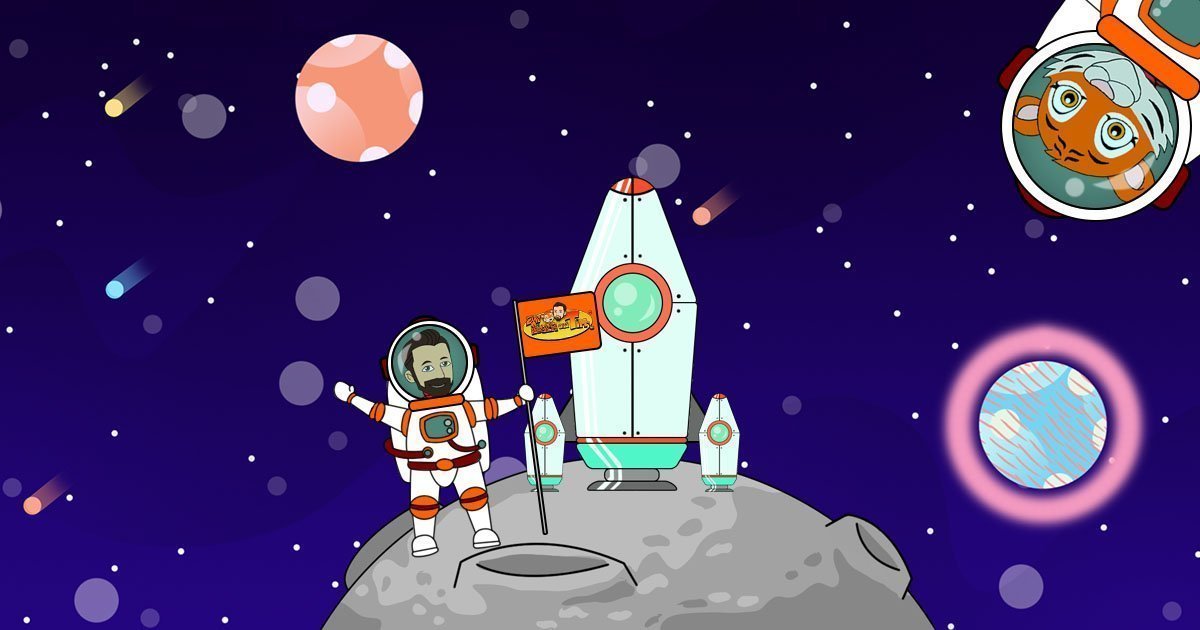 In our new episode, Tim and I went to space and explored the planets. It was such a blast and I can’t wait to go back soon. Would you like to come with me? (And do you think we should bring Tim along with us?)

If you want to know more about our universe and just how cool it is, I’ve gathered ten interesting facts about space and space travel! Are you ready? Let’s go! 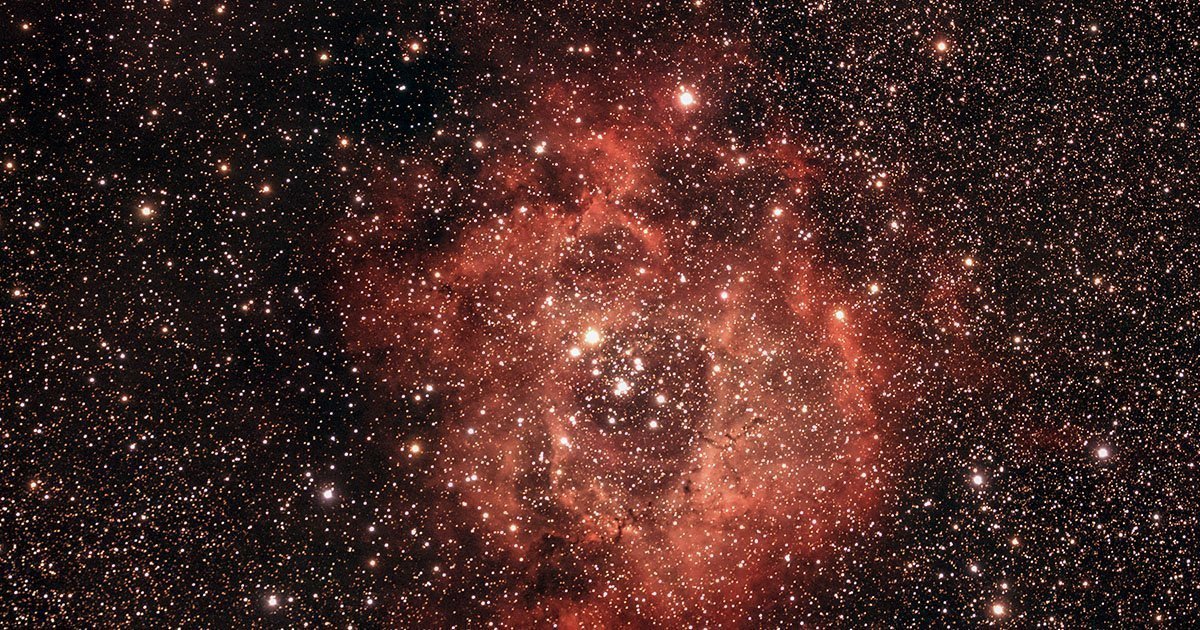 Scientists believe that there are soooooo many stars in space. So many, in fact, that we would not be able to count them all. It is believed that there are more stars than there are grains of sand on all of the beaches in the entire world! Phew, now that’s a lot!

Do you know what the most famous star out there is? No, not me, and especially not Tim! I’m a superstar, not a star. However, the most popular star in space is none other than Mr. Sun himself!

I just learned that I am not the first animal in space. What a bummer! But it’s okay because the very first animal to ever go around outer space is just as cool as me!

On November 3rd, 1957, Laika, a mixed-breed dog from The Soviet Union (what is now Russia), became the very first living being to orbit the Earth. She rode a small satellite aircraft and stayed in space for about four days. Now that is one out-of-this-world road trip!

Did you know that space is completely silent? Because there is no air (called atmosphere) that surrounds space, you cannot hear anything there! Well, except for the time when Tim couldn’t stop talking whilst we were out there. The human just loves the sound of his own voice! 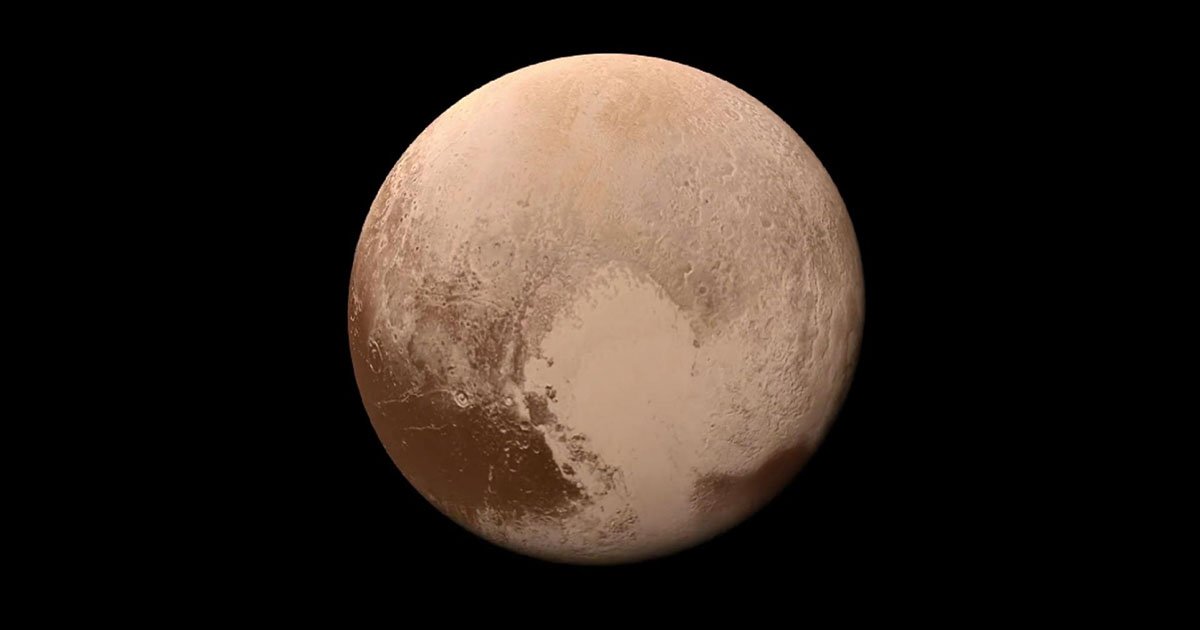 Discovered in 1930 by astronomer Clyde William Tombaugh, Pluto (the planet) was named the ninth planet after the sun. However, Pluto was named a dwarf planet in 2006 because it was too small to be called an actual planet.

Don’t worry, Pluto (the planet), we still think you are amazing, no matter your size! 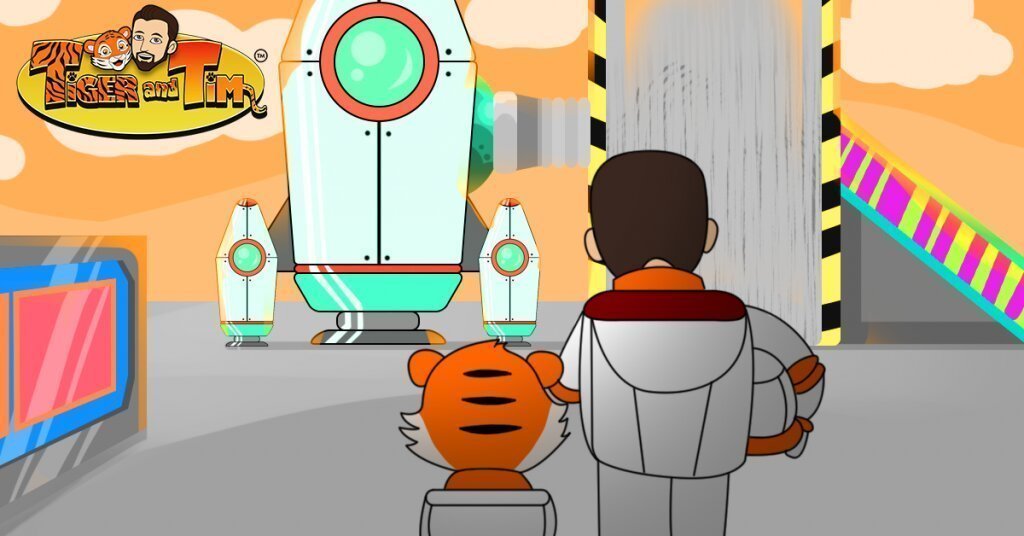 Astronomers believed that liquid water only exists on Earth and not on any other planet. But recently, NASA or the National Aeronautics and Space Administration discovered that there’s water on Mars, too! That’s why many scientists now believe that we could live on Mars someday.

Another fun fact about Mars: The sunset there has a bluish colour. Now I wouldn’t mind watching a blue sunset!

Did you know that our sun is 300,000 times heavier than the Earth and that you can fit more than one million Earths inside the sun! Wow, it’s so much bigger!

But even though the sun is way bigger than our home planet, it is still not the biggest star in space. In fact, the sun is considered to be a medium-sized star. I wonder how big the biggest star there is… why don’t you Tiger Cubs do some research and find out!

I love the summertime, but the heat can get a little bit too much on some days. Even if we sweat a lot during summer, that’s no match for life on the planet Venus. It is so hot on Venus that lead (a kind of metal) would melt on its surface! The exact average temperature on Venus is 864 degrees Fahrenheit. Yikes! I wouldn’t want to go there, especially during those hot summer days! 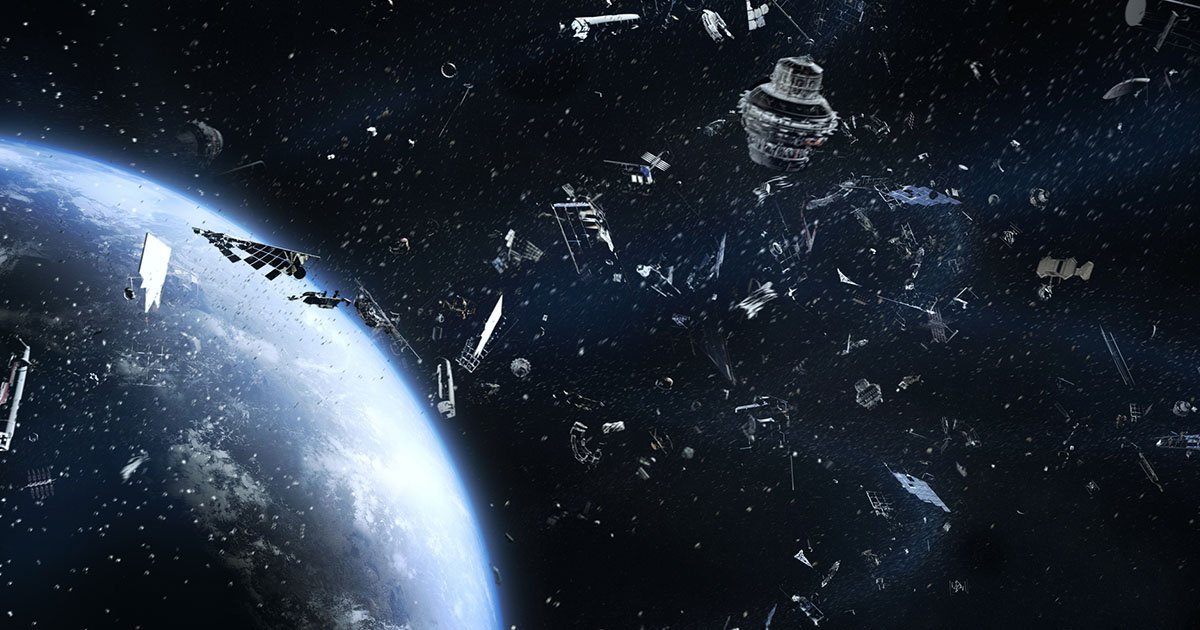 In our second episode, Tim told you about the first-ever Moon Landing that happened in 1969. Even before Buzz Aldrin and Neil Armstrong stepped onto the Moon, there had been other astronauts who went to space, and there have been many since 1969 too. All of these astronauts left junk – or human-made objects – on space. Scientists and astronauts call this “space junk” and there are about 500,000 pieces of space junk orbiting space today.

I’m glad I didn’t add to the space junk, I’m just not so sure about Tim! Naughty Tim.

Fancy taking a walk in outer space? Well, you can’t do it on Jupiter, Saturn, Uranus, and Neptune. These planets are made up entirely of gas so there’s no surface to walk on! Ahhhhhh.

If you want to go to space, then you’ll need a spacesuit – just like mine when I flew to space with Tim. But do you know how much a NASA space suit is? A whopping 200 million dollars! That’s a LOT of money, Tiger Cubs.

The reason a spacesuit is so expensive is that NASA had to make sure that the suits would be the best ones for the astronauts (and for me, too!).

There you have it, friends! There are so many more interesting facts about space because it’s just that cool! But we don’t have any more time so we had to stop at 10! I hope you learned something new today. 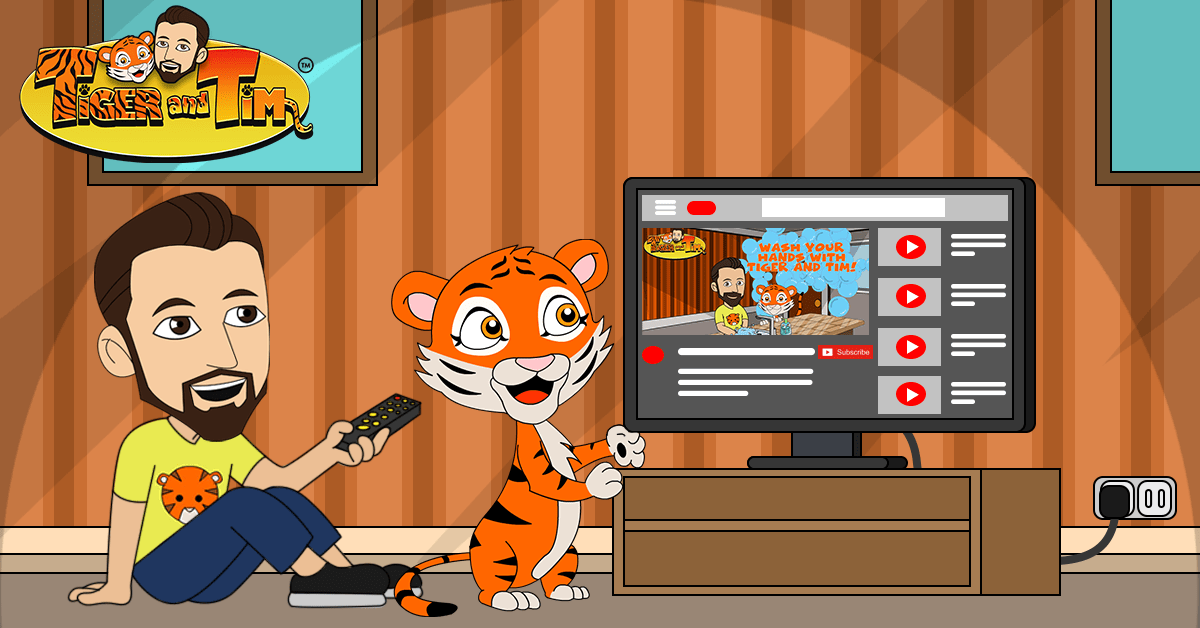 If you want to know more about space (and me!), go ahead and watch our latest video to see Tiger and Tim’s space adventure!