Tigers for Kids: Fascinating Facts About Ancient Egypt for Kids 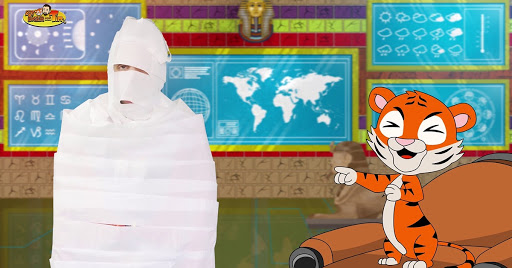 From the amazing facts  to the spooky ones… learn more about ancient Egypt with these fascinating facts for kids!

There’s something about ancient Egypt that intrigues me. The pyramids, the marvellous jewels, the artefacts, and even the mummies (yikes!)… It’s so interesting to me and my human buddy Tim Hague, that we explored this exotic wonder in one of our learning videos for kids. (Check it out here).

Tim and I were so fascinated that we wanted to share with you 10 fascinating facts about the world of ancient Egypt! But, we’re warning you, some of them may be weird and spooky!

Everybody loves their pets, and ancient Egyptians were no exception! Their pets ranged from baboons, elephants, crocodiles, and even tigers. However, only the rich and powerful of their society had many pets (I wonder if I was a majestic pet tiger of some Egyptian Pharoah in my previous life?!).

While they mostly regarded animals as their property, ancient Egyptians put cats on a pedestal. Cats were extra special to them because they believed that these furry felines brought them good luck. 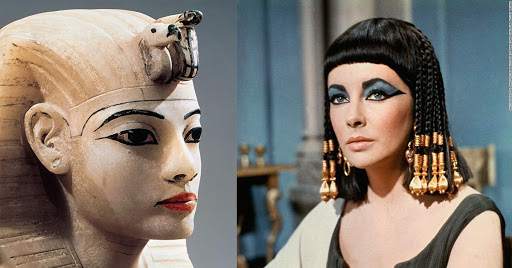 I can’t imagine Tim Hague wearing make-up, but men in ancient Egypt wore make-up just as much as women did!

However, the kind of make-up they used to wear is quite different from today. Ancient Egyptians loved to paint their faces with intricate designs and vibrant colours. For them, make-up was more than just a way to decorate their face; it was also used for protection from the sun and even used as medicine. 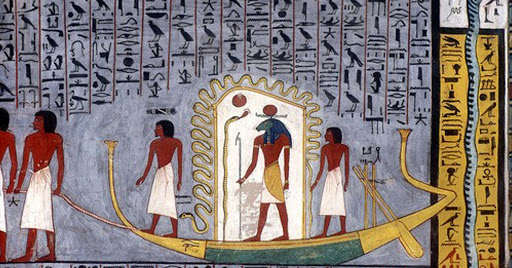 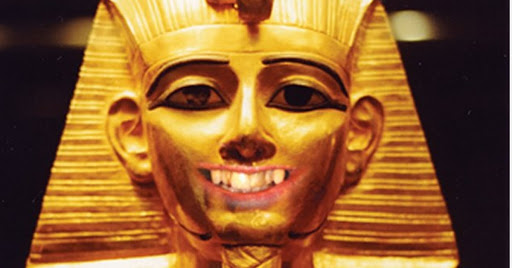 Ancient Egyptians were clever and resourceful (like tigers!) and prolific inventors. Most of the items for kids and adults that we have today were invented by the Egyptians, including musical instruments, medicine, pens, papers, locks, keys, and even toothpaste! 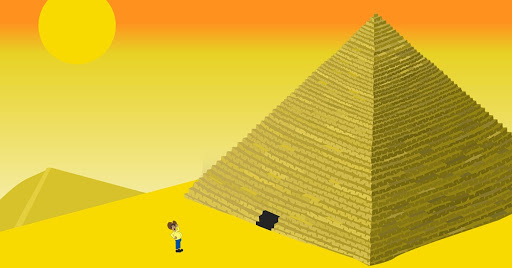 Do you remember Sneezer from our Time Travel learning video for kids episode? In the story, he went on an adventure inside a pyramid and met a mummy (spooky!). But for ancient Egyptians, the pyramids were significant to them because the gigantic structures served as their tombs. Pyramids are so huge that the biggest pyramids are equivalent to the size of 16 Empire State buildings! No wonder Sneezer got lost inside the pyramid! 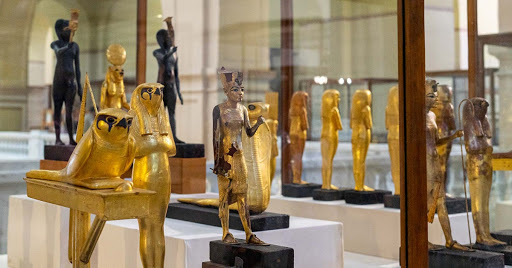 Since ancient Egyptians brought their possessions with them inside the pyramids, most of their stuff was so well-preserved that it can still be seen today. Many of the items are now housed in different museums all over the world. Maybe I should start carving a statue of my human buddy Tim Hague to put in a museum someday!

Ancient Egyptians loved to tell their stories through paintings. There are several paintings found inside pyramids and temples that show how they lived during their time. Through their paintings we learned a lot about them and their world. For kids, these paintings serve as lessons from the past, much like the videos we watch today. 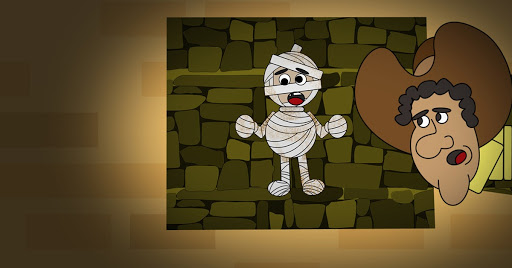 The process of mummifying the dead is a looooong process. For ancient Egyptians, the whole process is considered very sacred, and they did it with the utmost care. The entire process took about 70 days to complete. For tigers and kids, that amount of time feels like an entire year! 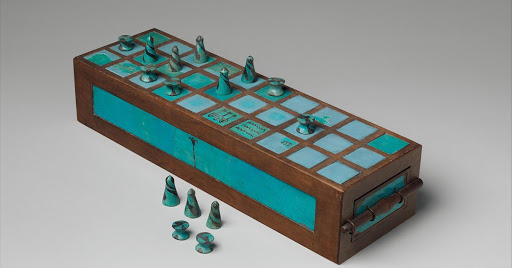 I love me some good board games! It’s one of my favourite activities to do with Tim Hague when boredom strikes. Did you know that ancient Egyptians loved to pass the time by playing board games, too? Their favourite is the game called Senet. Like our learning videos, playing board games is an excellent way for kids to sharpen their minds!

What do you do with mouldy bread? Do you throw it away? Well, ancient Egyptians used it as medicine! Mouldy bread is believed to heal wounds and stop the spread of infection immediately. Talk about smart ways to use stale food!

That rounds up our fascinating facts about ancient Egypt! If you are hungry for more information on mummies, pyramids, and mouldy bread (kidding!), watch our Time Travel learning video here! For kids who love books (who doesn’t?!), they can also look forward to our Tiger and Tim children’s storybook about Sneezer and one interesting mummy coming out very soon!

‘Til our next adventure, cool cats!

PrevPreviousHow to Choose the Right Book for Kids (and for Tigers, Too!)
NextArt Activities Inspired by Famous Artists (by The Art Critique)Next