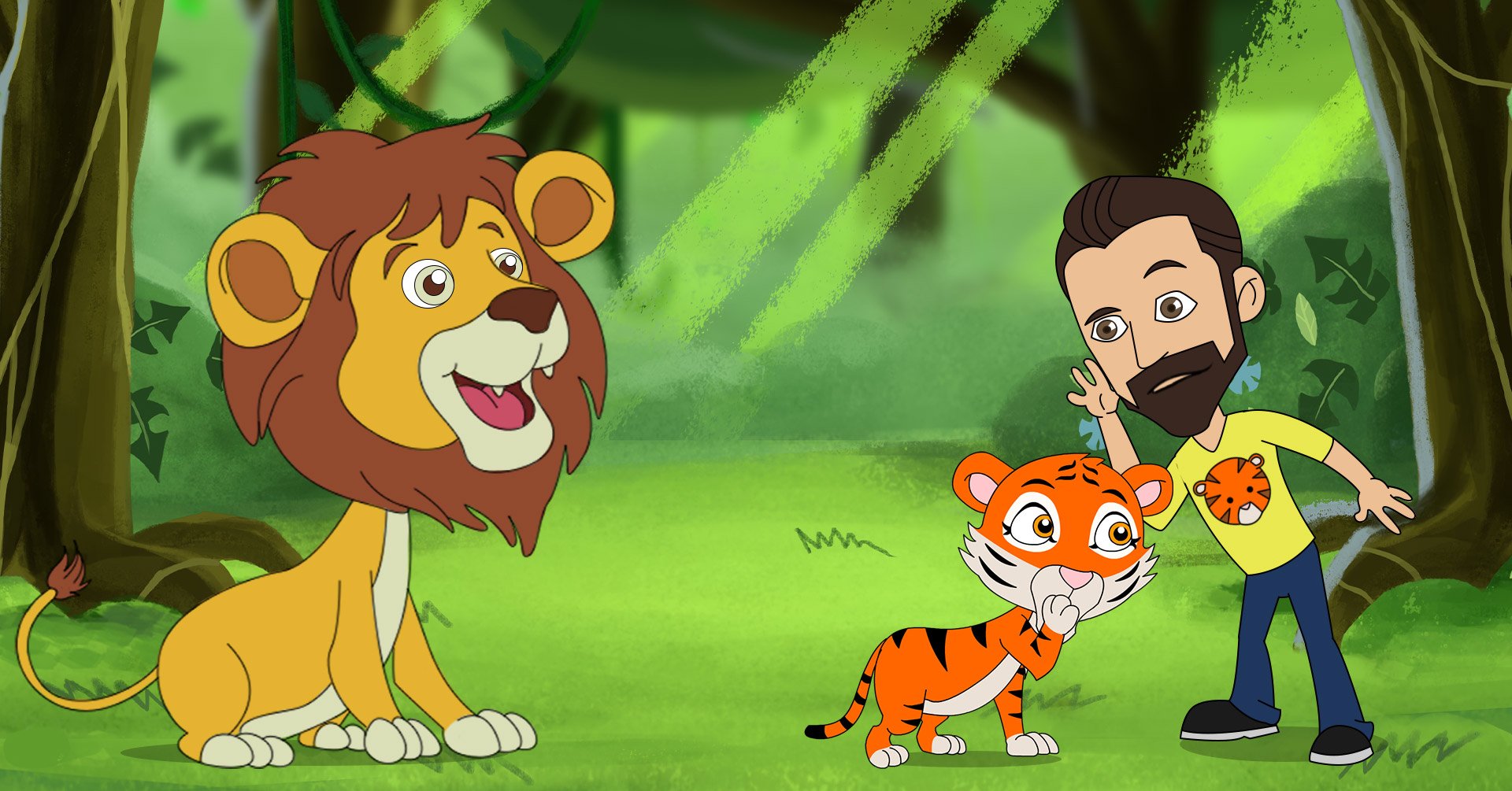 Hey, Tiger Cubs! I was so excited to release our latest episode – Tiger and Tim’s Jungle Adventure! Have you seen the show? Tim and I had so much fun! Rooooar!

In our new episode, we went to a lush and sprawling jungle! There are many different kinds of wild animals in the jungle, as well as plants and trees. Did you know that more than half of the world’s species live in the wild, including me! 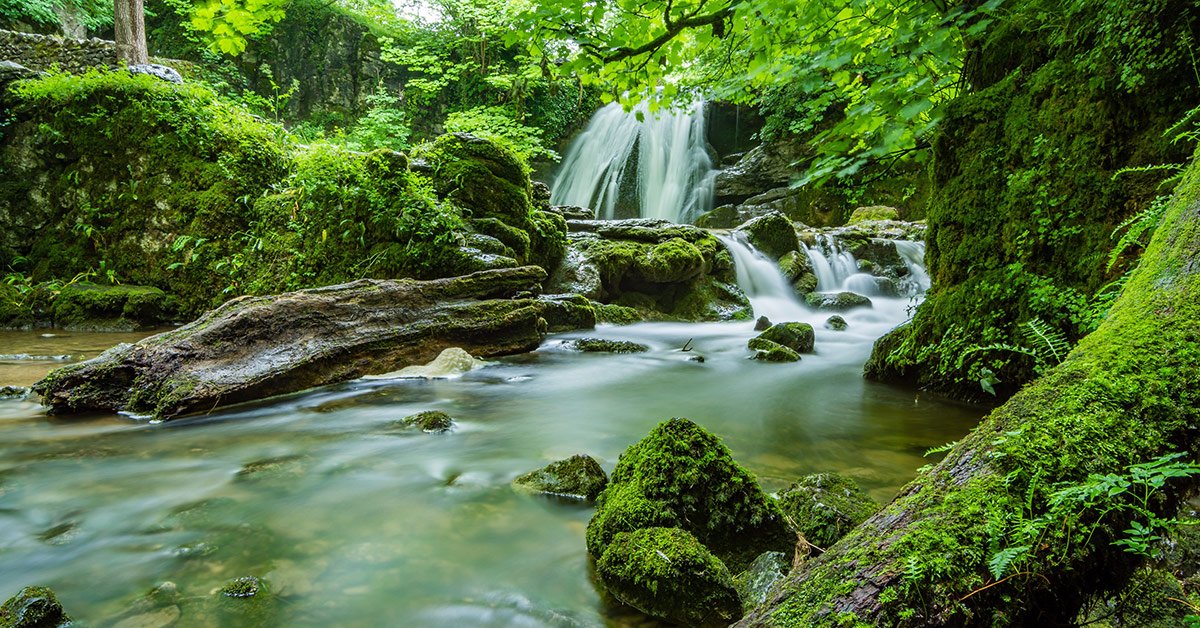 Is it a jungle or a rainforest?

A lot of humans usually get confused between a jungle and a rainforest. Some think they are the same and can’t point out the differences.

Jungles and rainforests are quite alike, actually. Huge trees and small plants grow densely (close to each other) in the wild and the rainforest. Both places are hot and humid, and there is frequent rain, too. Good thing that Tim brought his handy umbrella when we went!

The most significant difference between the two is that the trees in the rainforest have layers, called canopies. The canopies make it difficult for the sun to reach the ground. Sunlight is more common in the jungle, that’s why plants grow thickly on the floor, much more so than in the rainforest. 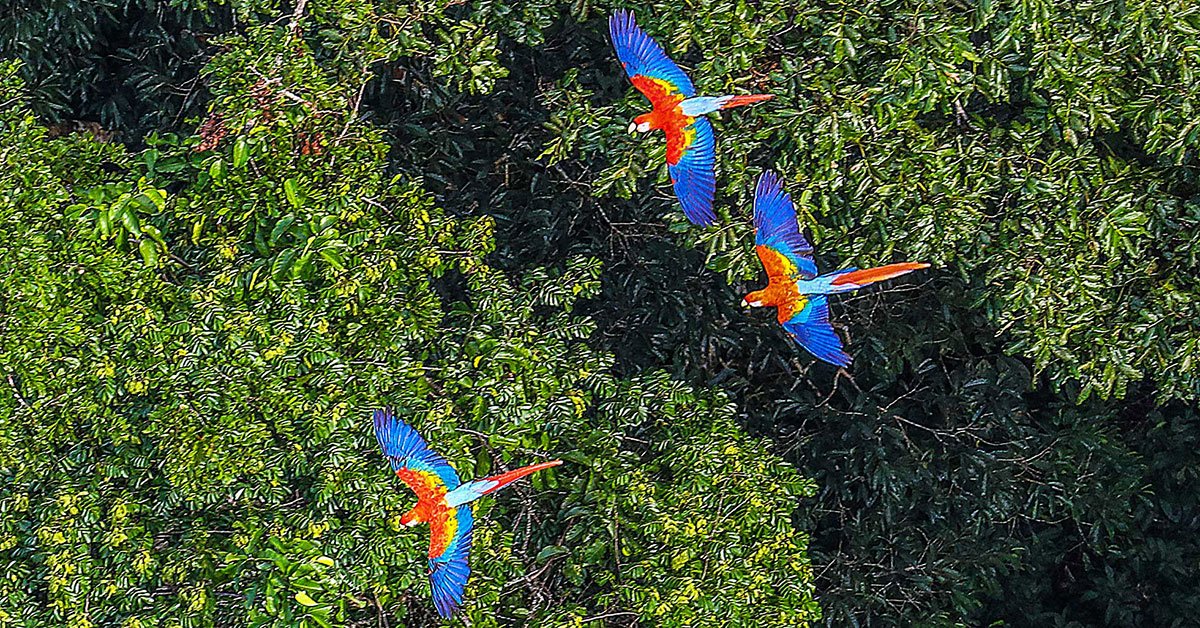 The most famous jungle is probably the Amazon. It is so big that it is located in over nine countries! No talk about the jungle is complete without also mentioning India’s vast wilderness, which inspired the classic novel by Rudyard Kipling called “The Jungle Book”.

Aside from me, there are so many other cool animals in the jungle. We’re all friends, of course… Most of the time! 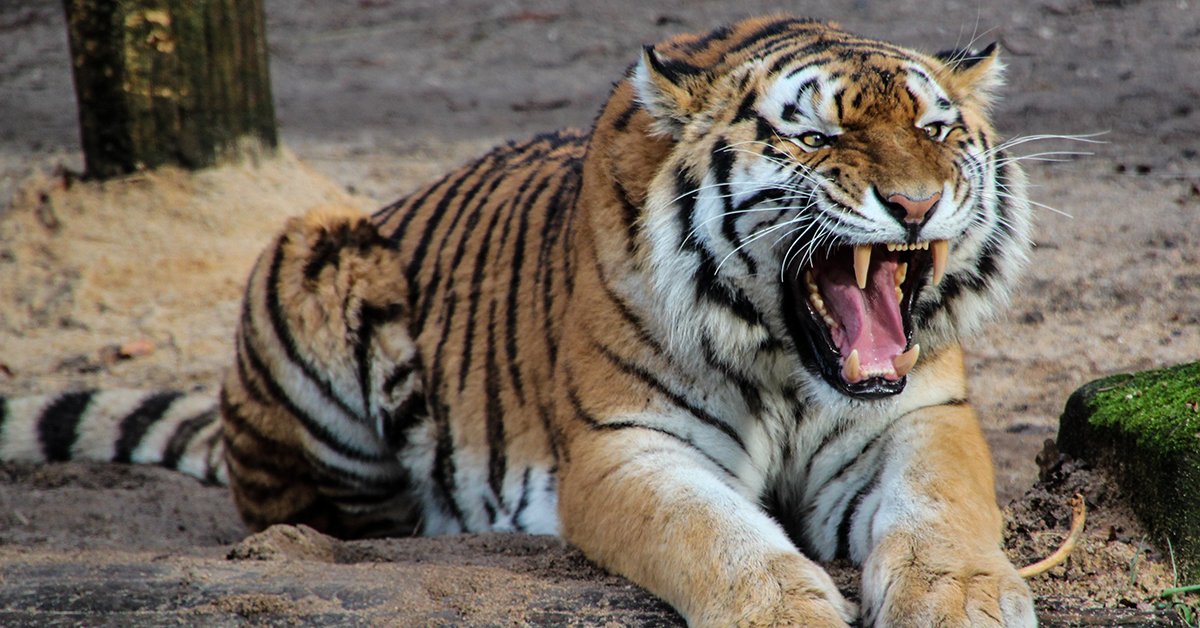 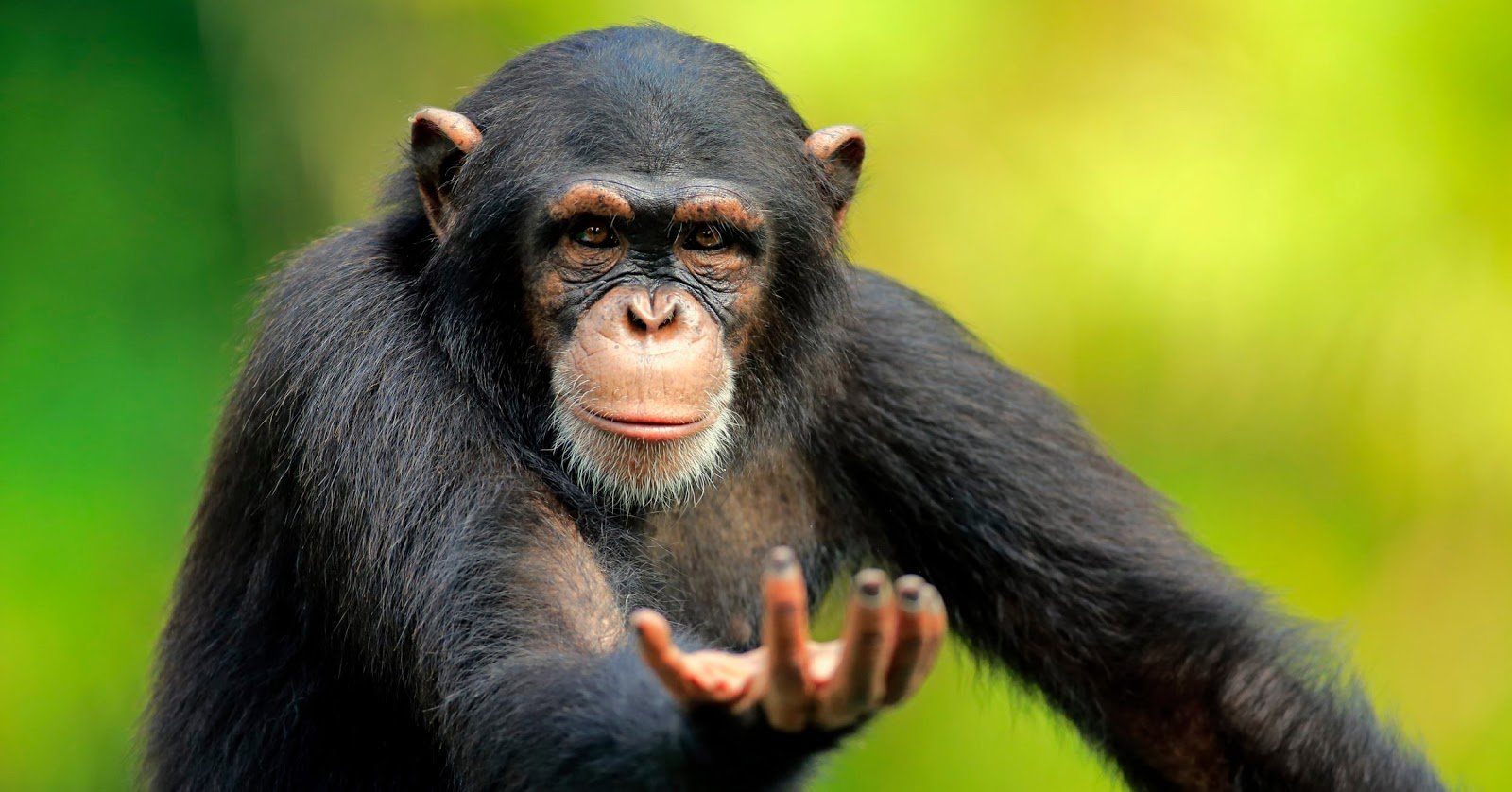 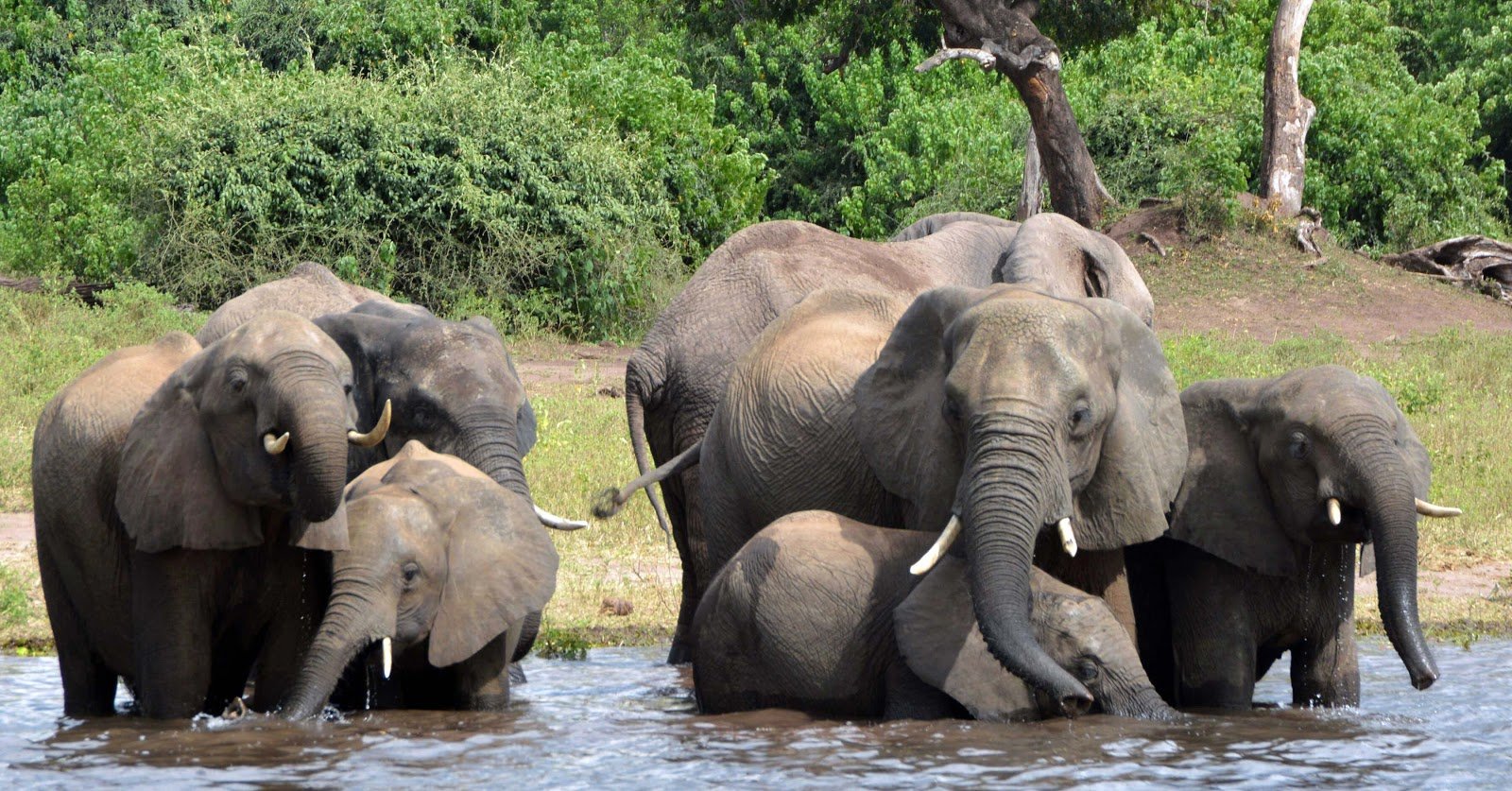 We met several wild animals as we were walking in the jungle during our story in Tiger and Tim’s Jungle Adventure. There were no Tigers (except for me), leopards and jaguars but just so you know, they are the big cats living in the wild. There are also chimpanzees who love to climb trees and swing from vines, and the mighty gorillas who mostly spend their days on land. Let’s not forget about the gentlest creature in the jungle either – the elephants! Don’t let their size scare you because they are really friendly! 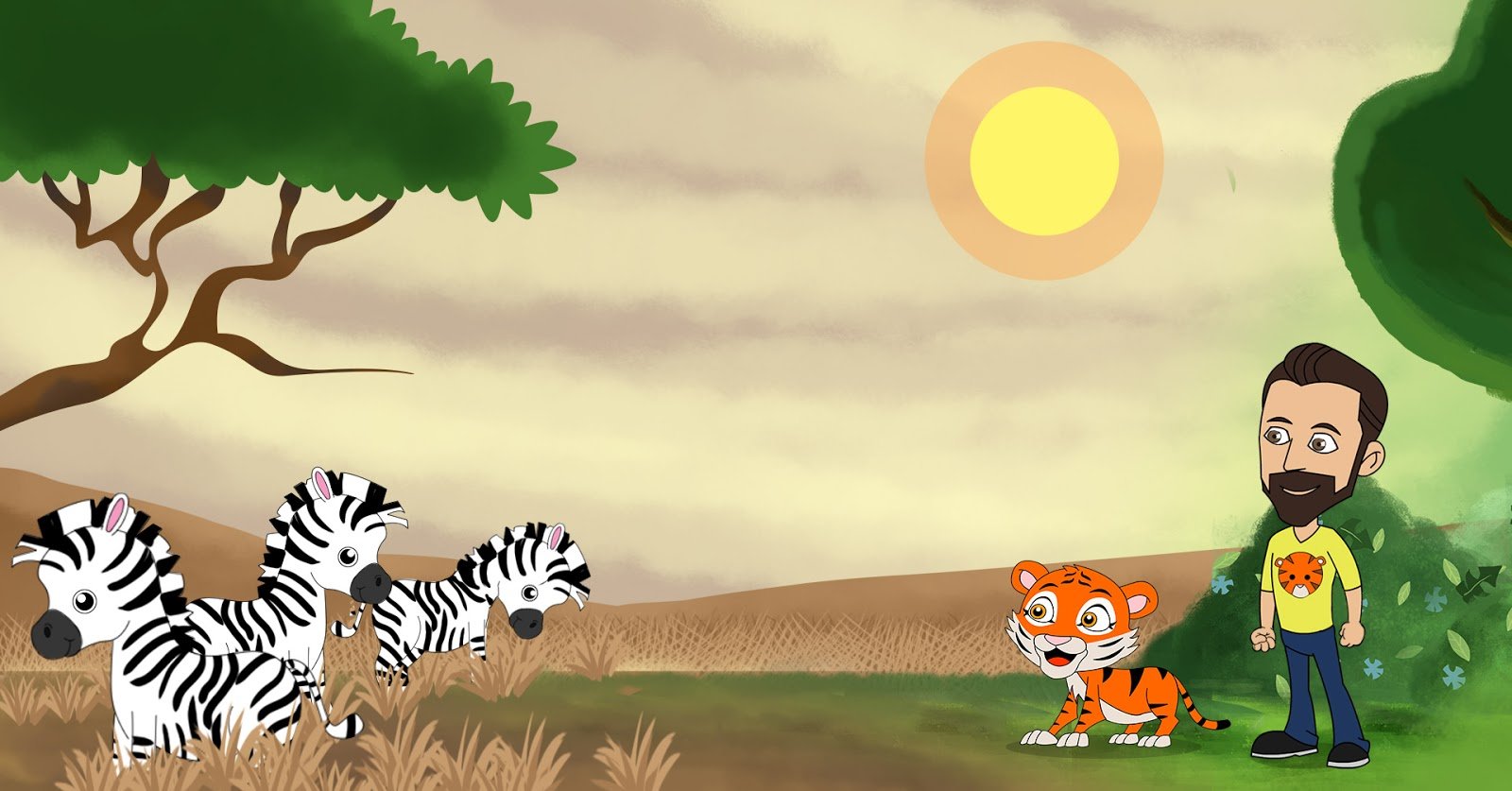 Other land animals in the jungle are zebras, with their black and white stripes. You can see them in one of the pictures from our latest sorry. They may all look alike, but actually, the pattern of their stripes are unique to each zebra. Long-necked giraffes also live in the jungle. They are the tallest animal because of their long neck. That’s why it’s easy for them to eat the leaves and fruits of high trees. Last but certainly not the least, are big bears who just looooove to eat honey! They don’t just go after the honey though, they actually eat the whole beehive! Wow! 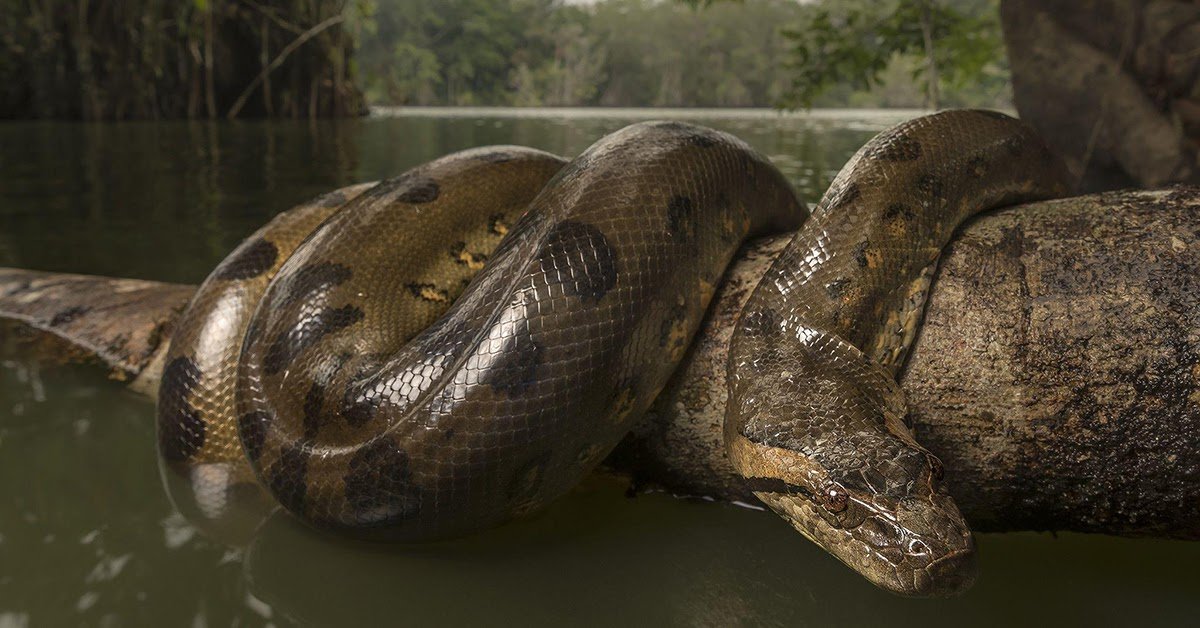 There are many different birds in the jungle, too! Like the long-billed toucan and the colourful macaws! But not all birds found in the wild are colourful, some have brown and beige colours that make it easier for them to blend into their environment.

Slithery snakes, such as the python and anaconda are in the wild as well. Those two are the biggest species of snakes, with the longest python reaching up to 9.6 metres! That’s really long! 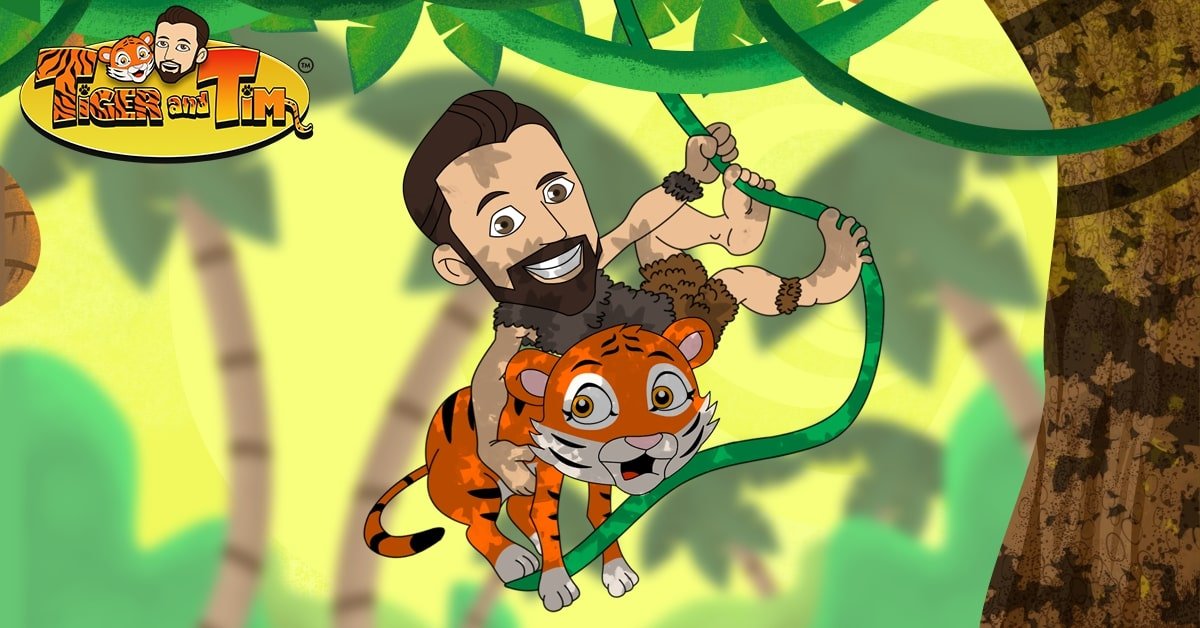 Do you want to learn more about the wild and experience your own jungle adventure for children? Then please catch our latest episode out now!

You can also download your copy of my colouring page so you can continue your jungle adventure at home!

That’s it, Tiger Cubs! Don’t forget to subscribe to our YouTube channel for more educational videos for kids and follow us on all our social media pages for more fun facts, jokes, and riddles!